Kids Voting was started at a League of Women Voters St. Louis Park (LWVSLP) meeting in 2013 when Dorothy Carlson presented the idea and was immediately joined by four League members: Deb Brinkman, Debbie Blake, Aggie Cook, and Eilseen Knisely.  They formed a committee to find a way to involve children in the voting process. Since then Aggie moved away and Shelley Colvin and Julie Sweitzer joined the group.  They met many times to develop the idea.

The next step was to investigate whether the St. Louis Park School District would be interested in such a program. They were, and the combination of League and school district formed a perfect collaborative effort. A Kids Voting Steering Committee was formed. It was made up of 30 community and school representatives. A plan was developed. The children would vote with their classes in school or with their parents.

The first year, Aquila Elementary and the SLP Middle School were the only schools involved, but the following year all of the elementary schools joined in the process. The idea of having children vote with their parents was dropped, and all children voted in school.

Eilseen Knisely developed a way for volunteers to help out on election day through the use of "Sign-up Genius," an amazing app.   This year--2018--there were over 71 volunteers.

One student pondering for whom she should vote told a volunteer that voter's block was worse than writer's block. That could be true, but hopefully a future voter was in the making as she clearly took voting seriously. 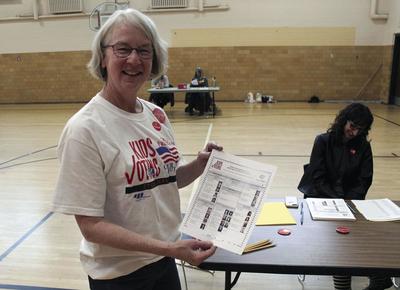 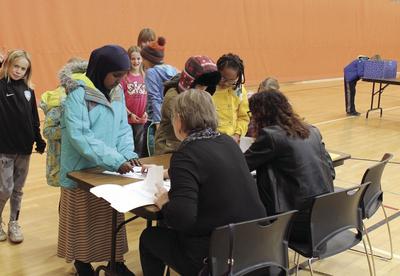 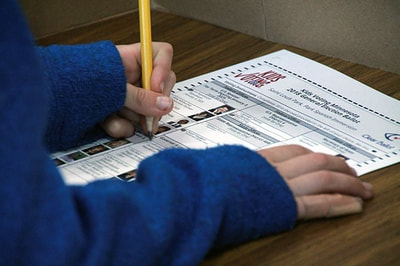 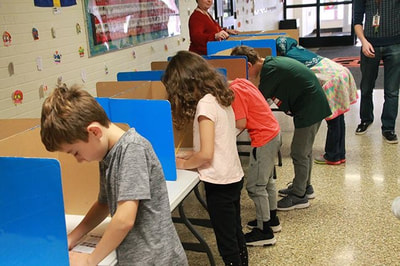 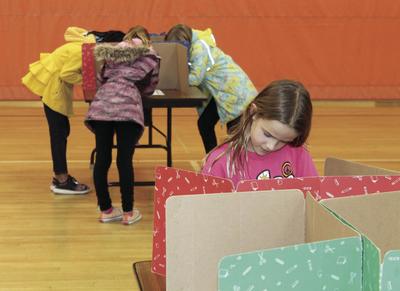 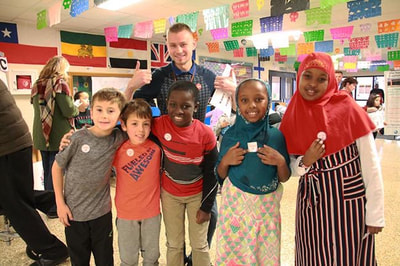