September LWVSLP General Meeting Recording
(I missed recording the first 10 minutes - and I'll have to figure how to improve the video quality)
I hope you will be able pick up some incredibly valuable information.
Laura is passionate about removing the stigma around dyslexia (affecting 1 in 5 children) and advocating for help for children, improving overall literacy.
Topic:  Education and Dyslexia
Presenter:  Laura Shaw-Wright
Additional Reading:  LDA Minnesota, Pacer.org, About Dyslexia

The LWV position: "Gerrymandering, or the practice of drawing district lines to protect the interest of political parties or politicians, undermines the redistricting process and suppresses the voice of voters. Politicians should not choose their voters—voters must be free to choose who they want to represent them. June 2020 will mark one year since the Supreme Court declined to set a standard to rein in partisan gerrymandering. This ruling played a major role in the launch of our campaign for People Powered Fair Maps™...."
See more info on Gerrymandering here
Redistricting and the Census 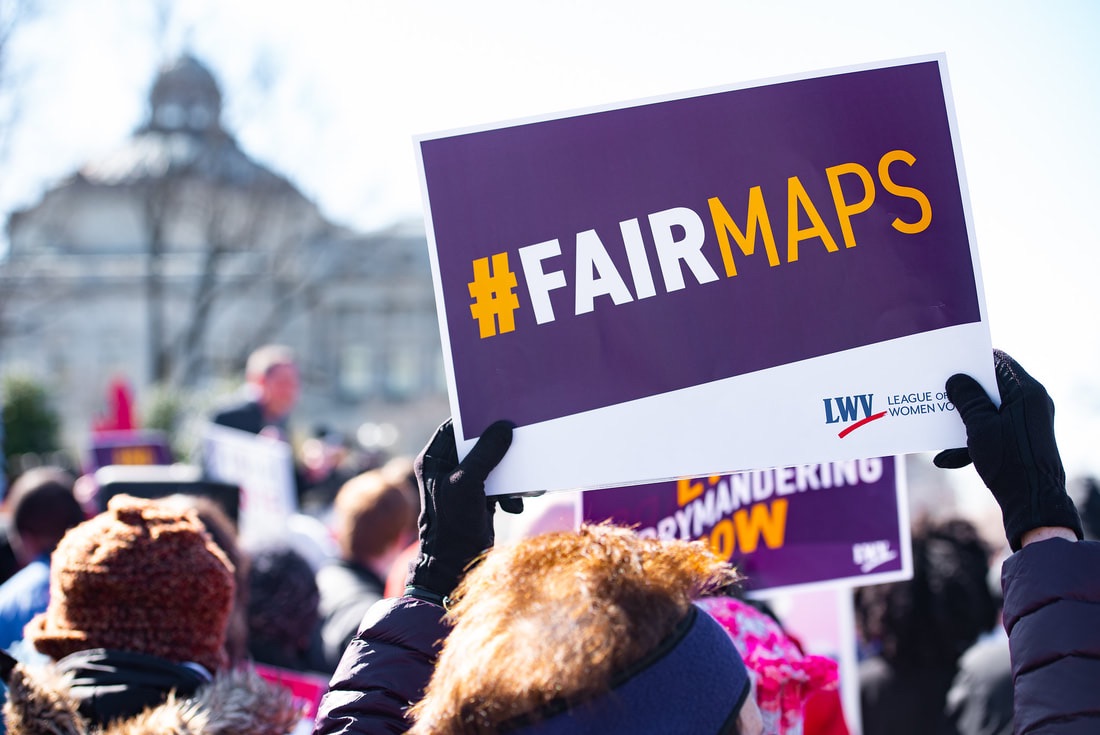 For an idea of what the redistricting time line following the 2020 Census looks like in Minnesota, access Congressional and Legislative Redistricting 2020: Timeline Scenarios created by MN House Research Department:
From the Brennan Center for Justice

​"Every 10 years, all U.S. states redraw their legislative and congressional districts in order to comply with the constitutional mandate that districts are equally populated. States redraw these districts using block level data from the decennial census conducted in years ending in zero."
Potential Redistricting Timeline in MN
LWVMN Statement in Defense of Democracy
Letter Sent to Minnesota Legislative Leaders
From the LWV Minnesota:

[On Friday, January 15, 2021], "the LWVMN State Board met and approved THIS LETTER to be sent to the Minnesota House of Representatives and Senate leadership in both parties. We are especially concerned about the growing evidence of possible violence being directed at elected and government officials prior to inauguration, and about the ongoing use of the baseless claims of voter fraud as a reason for this insurrection behavior. We are specifically calling on our Legislative Leaders to:
​Our letter fully documents and cites the evidence behind our concerns and requests, and provides you...with solid facts you can continue to amplify and use...."

Background on source: the Brennan Center for Justice
For further information and explanation of the need for and ability of the LWVMN to issue a forceful letter like this one, go to THIS PAGE where LWVMN answers FAQ about this particular position and the support of LWVUS in issuing the letter.

When you join the LWVSLP, you automatically become a member of the League of Women Voters Minnesota.  This state site is a great resource for information on issues, positions, and voter information.

When you joint the LWVSLP, you automatically become a member of the League of Women Voters United States.  The US site has a lot of information on different issues, positions, Action Alerts and other lobbying efforts.